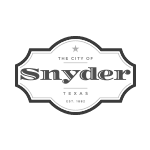 A safe neighborhood means the buildings on your property (homes, garages, sheds, accessory buildings, etc.) are structurally sound and in good repair. Buildings that are abandoned often become targets of vandalism and locations for other illegal activities. Property owners, including absentee property owners, must ensure that all the buildings on their property are kept up to the City of Snyder's building code standards. Dilapidated abandoned structures are a blight and a detriment to the community.

Some signs of a structure which may be considered substandard include, but not limited to:

(a)     Created. There is hereby created a building standards commission, which shall consist of the city council. All cases to be heard by the commission shall be heard by a panel of at least five members.

(b)     Ex officio members. The code enforcement officer, the fire marshal, the building official and the city secretary shall be ex officio, nonvoting members of the building standards commission. It shall be the duty of the ex officio members of the building standards commission to inspect all buildings or structures reported to be or believed to be substandard and present a report of such inspection to the city secretary.

(2)     A commission member having a personal or financial interest in any matter before the commission shall excuse himself from the discussion and the vote on that matter.

(4)     The chairperson or city secretary may call meetings of the commission when necessary to rule on any case brought before it regarding substandard building nuisances.

(5)     The commission shall establish such other rules and procedures it deems necessary for the election of officers and the conduct of its business.